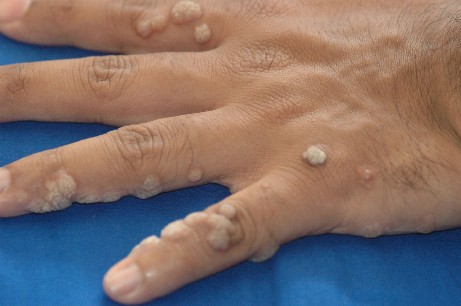 The wart is a small bump in the hard and often rough skin. Appear most frequently on the hands and face. Its occurrence is more frequent in childhood and adolescence. 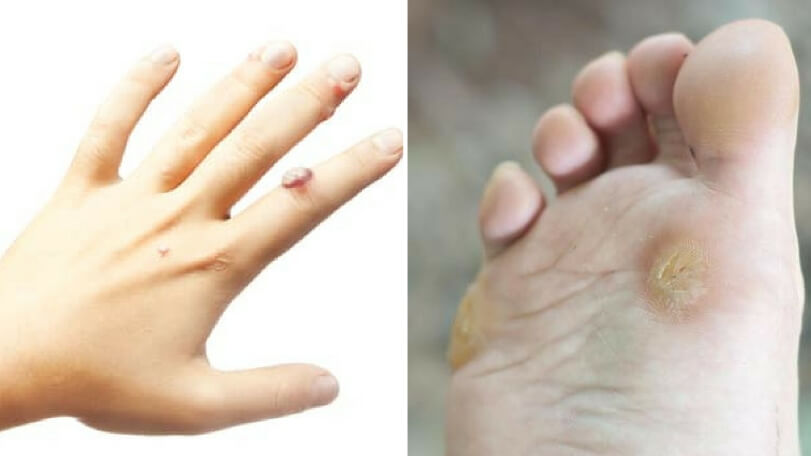 Often spontaneous disappearance of warts but can sometimes takes several years. In adult patients tend to be more persistent.

The viral or petty warts usually do not cause pain or other discomfort, while the plantar warts can be painful, especially when walking, since the infected person feels as if he had a stone in his shoe; with the passage of time it is common the slight bleeding inside the lesion, characteristic that gives it the appearance of “fish eye”; in both cases, as in other types of skin infections, warts usually spread to other parts of the body through scratching.

In turn, condylomata acuminata may have no symptoms or occasional mild irritation, but there will be times when they manifest burning, itching, unpleasant odor, pain during intercourse, hypersensitivity to contact and even bleeding.

Viral warts are caused by a local viral infection of cells residing in the outermost layer of the skin. It is caused by the human papilloma virus (HPV).

The shape and color of the warts are very variable, in terms of color can be from the color of the skin until almost black in rough or smooth texture, more or less flattened.

Since making contact with the virus until the visible appearance of wart should take several months.

The virus that can cause warts can spread from one person to another by contact or inoculation. Although this infection is rare.

The majority of warts does not represent a medical problem, are not cause of any disease, may not affect an internal organ or can cause skin cancer. But sometimes it can be painful, irritated or acquire a size that make it cosmetically and functionally unacceptable.

There is no precise way that can prevent warts for the causes that have been mentioned; however, eating a balanced diet can help keep the immune system from weakening, as well as avoiding stress and low temperatures.

Now, what can be prevented is contagion, that is, avoid scratching or coming into contact with existing ones, because that way we can take the virus to another part which is still clean.

It is rarely necessary, only if it represents a functional or cosmetic problem comes to the disappearance or reduction of warts.

Chemicals with salicylic acid topically positions soften and allow layers to remove the wart, using this treatment can reach systematically reduced or eliminated completely. The application of cryotherapy with liquid nitrogen is also useful in the removal of warts.

You can also use the electrosurgery, with the application of local anesthesia, whereby after removal of the wart is an electrocoagulation (EC) of the base of the wart.

The wart surgical removal is not recommended since it is common to leave a permanent scar. Sometimes the wart reappears after having been removed. After remove wart the skin should be dark circles.

Do you need a home remedy for warts? Here we present the best natural remedies we have collected for you: 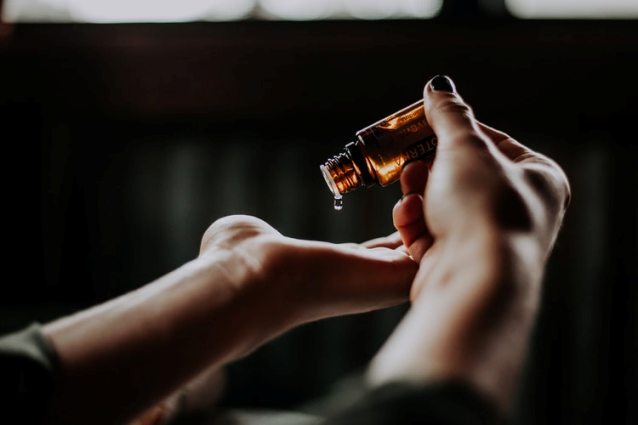 Thanks to the cleansing and anti-inflammatory properties of castor oil, this remedy will help you to eliminate warts in a natural way. To put this remedy into practice, you have to apply a few drops of this oil on the wart and perform a circular massage on them, gently. It is not necessary to rinse the product with water, but if you want, you can cover the wart with a gauze or bandage to avoid staining clothes. You have to perform this action two or three times a day, so that it disappears in a short time.

Remedy with Garlic to Remove Warts

This is one of the most used natural remedies against warts, especially when they are large. It consists of applying on the skin a tape or plaster with a hole in its center so that the wart protrudes while the area around it is covered.

Rub the wart with the peeled garlic for about 4 or 5 minutes, twice a day, leaving the skin around the wart protected from the garlic, since it may be irritating.

A variant consists not in rubbing but in leaving a sheet of garlic cut on the wart, covering it in turn with another bandage or plaster. You have to change several times a day of garlic. At the same time you can take garlic pearls twice a day, or eat raw garlic. Keep the remedy until the wart dries up and ends up disappearing.

Remedy with celandine to remove warts

The liquid that springs from the celandine, when it is cut, is abrasive to the skin, and has the property of eliminating the warts, but it can also cause burns or blisters, so care must be taken when handling it.

To put this remedy into practice, you need the protection of gloves, which can be latex (disposable), and protect the area around the wart where you are going to apply the remedy with sticking plaster. Cut a leaf of celandine from the base, and you will see that a yellow-orange liquid comes out, which is what you have to apply directly on the wart, being careful not to come into contact with any other area of your skin, and cover then the wart with a plaster.

For this remedy to be effective, you have to apply it once a day.

Remedy with Dandelion to remove warts

The milky substance that springs from the root of the dandelion, when it is torn and split, manages to erode the hardness of the skin, so it is effective to eliminate the warts. This plant was already used for this purpose by the sages of ancient China.

To put this remedy into practice, you have to take the root of the fresh dandelion plant and cut it, and take advantage of the liquid that sprouts to apply it on the surface of the wart. Next, you have to cover the wart with a bandage to protect it. You have to repeat this remedy twice a day to achieve the desired results.

Remedy with hair or silk thread to remove warts

With a hair or with a silk thread, make a knot that strangles the wart. Keep the wart strangled until it dries and falls off.