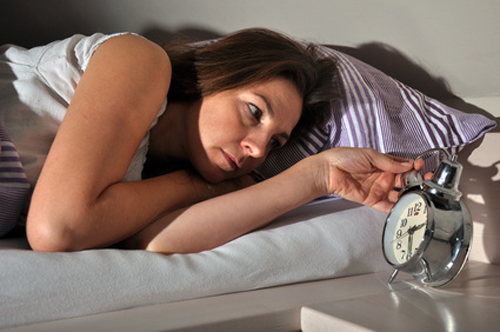 It is not the first time that we talk about the dream, more specifically about the importance of sleep and does it long enough for our health and our body.

And it is already in recent years have met numerous scientific studies pursued in order to analyze the role that sleep has on our health, and more specifically on the restoration and strengthening of different neural circuits.

In the case of children, for example, quality and sleep time is even much more important, as it helps to strengthen the connections between the right and left hemisphere of the brain, improving learning and consolidating or strengthening new concepts or memories.

The effects of sleep a few hours a day, rest less than 6 hours a day directly affects our body and our health, increasing the risk of diseases such as Parkinson’s or Alzheimer’s, hypertension or stroke, while affected intellectual capacity and performance, gain weight and the brain is not able to perform its basic functions necessary creating plaques that can then give as a result the appearance of dementia and other related conditions.

What is a sleep disorder?

The sleep disorder consist of a large group of disorders affecting the normal and usual development of the sleep-wake cycle, causing them to be so severe that interfere with the mental, emotional and physical functioning of the person.

Did you know that there are more than 100 different sleep and wakefulness disorders? These can be grouped into four main categories, which are divided into the following:

The most common sleep disorders

Although there are over 100 other sleep disorders, there are some diseases or conditions that tend to be the most common, especially because ultimately they are the ones that suffer the most people. These are:

It is the most common sleep disorder. In fact, it affects transiently (i.e., on time) to 40% of the population, and chronically to 10%, maintaining a prevalence usually between 20 to 30%.

Insomnia includes difficulty to sleep or staying asleep. These episodes may appear and disappear, last only 2-3 weeks (transient insomnia or short-term) or be long lasting (chronic insomnia).

It has a prevalence of between 5 to 10% of the population. It is a disorder of neurological origin that causes uncomfortable sensations in the legs during sleep, causing the person to have the need to get up, walk and move, because with these unpleasant sensations movement tends to ease or disappear.

It affects equally men and women, and although it can occur at any age is much more frequent starting at age 40. It affects the quality of sleep, causing the onset of drowsiness during the day because the person is not able staying asleep at night, or conciliating the sleep.

The syndrome of obstructive sleep apnea

It consists of the third sleep disorder, with a prevalence of 4% of the population. It becomes one of the most dangerous sleep disorders, because the person suffering stops breathing for a few seconds because the airways have been blocked or narrowed partially.

It is common that people with sleep apnea wake up tired in the morning, feeling sleepy or sleeping all day. Also, have a higher risk for depression or difficult to treat hypertension.