Many people have the habit of drinking several cups of coffee a day, whether you do it for pleasure or habit. Through various studies we know that caffeine is a stimulant that acts on the brain and helps fight fatigue and sleepiness. 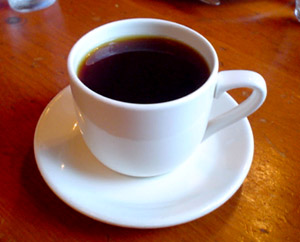 The benefits of coffee are many, among which are: the protection against diabetes, liver damage, Alzheimer’s disease, to name just a few. But what about stress?

Few people who know that this drink usually helps women cope with stress, but makes men take longer to complete tasks and make them more insecure.

It is common during a stressful situation people to consume more coffee than they do regularly. That is why a group of scientists decided to do an experiment with 64 men and women and see how they responded to different situations after consuming large amounts of coffee.

Among the tasks to be accomplished were conducting negotiations, completing a puzzle and memorize different things. To add a little stress the investigators told them the participants of the experiment that then would have that to explain in public these tasks. After it they gave to some common coffee already another decaffeinated.

The results we got are that the ability of men who consumed coffee was less common in those who consumed decaffeinated. For example it took about 20 seconds longer to complete a puzzle.

Despite this, women who drank coffee completed the puzzles common 100 seconds before the men who were in the same condition.

It is believed that the difference of the effects of this drink is because men and women react in different ways to stress. But one thing is certain: the effect in both cases is to be more alert to situations that cause excitement.

Cope with stress, drinking coffee makes the mind more alert and the body to react faster. In some cases (mainly women) makes the argument is greater, but raises the concern and anxiety.

5 Natural Ways To Remove Toxins From Your Body

How Tobacco Is Smoked Around the World

What is maeng da kratom? How is it consumed?

7 Simple Ways To Reduce Your Stress