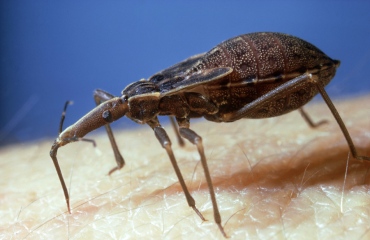 Chagas disease is a clear growing rapidly across the world. So be careful. Chagas disease is transmitted by parasites, the one-celled animal parasite Trypanosoma cruzi. We know that T. cruzi, especially in South American countries such as Peru and Bolivia, but the area of distribution seems to expand. The infection occurs via the blood. 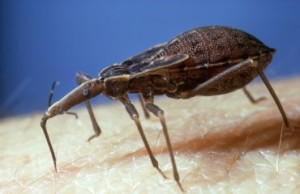 Think of a blood transfusion with contaminated blood or transfer of a mother on an unborn child. Note: where you travel and observe the symptoms. The well-known malaria and dengue fever has been a great competitor.

Chagas disease is named after its discoverer in 1909, Carlos Ribeiro Justiniano Chagas. Relatively new is that we know this disease especially in Latin America on further outbreak seems to stand to the United States of America, Canada, but also some South European countries. What a relatively local, but very serious problem, may be represented by the greatly increased mobility in the world, spreading further.

The disease carrier, also called vector, travels with us to areas where he also feels in place. This trend of further spread of serious diseases by parasites, we also see in malaria and dengue fever. In those cases, traveling the evil mosquito is whether the global warming so that they can establish themselves in new areas and as a new threat to us.

Cause of Chagas disease
Chagas disease is transmitted by parasites that have nested in bloodsucking insects. These are blood-sucking bugs, and not like malaria or dengue mosquito. The pathogen can sit in the feces of the insect. If the bug you pricks and sucks your blood, you can become infected. But risk is that the infection from human to human can occur through blood transfusions, from mother to child or by eating contaminated food.

Symptoms of Chagas disease
Once infected with the disease we see two possible phases of the disease with characteristic symptoms:

Treatment of Chagas disease
Chagas disease is not really avoided, even though there are some time great hopes on an effective vaccine. The disease can be treated in the acute phase of an anti-parasitic medication with benznidazole or nifurtimox. These are old agents who may have quite a few side effects. It is important for if you suspect the disease among the members as soon as possible to have action. Do you recognize the symptoms, but do not wait to let you examine and treat. Mosquito nets help protect you somewhat when you sleep.