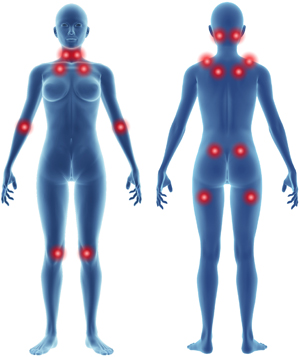 Fibromyalgia is a common rheumatic syndrome that affects approximately 3% of the population, mostly women. 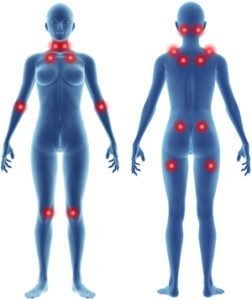 It indicates widespread pain in fibrous tissues, muscles, tendons and other connective tissues, causing muscle pain without weakness. The cause of this disorder is unknown, although it is a chronic problem that may come and go for years.

Among other symptoms, causes muscle pain, fatigue, depression and insomnia. Diagnose can take two to three years, even more, because so far the only way is to discard all rheumatological and neurological diseases with similar symptoms.

To this we must add the skepticism and doubts raised by a disease that has no visible physical abnormalities.

However, for the first time, researchers at the Hospital del Mar-IMIM in Barcelona have shown that people with the disease do have muscle injuries, but only observable at the molecular level.

According to Quim Gea, IMIM researcher, “There are subtle signs of injury, small cracks in some structures. Undergo a continuous process of destruction at the cellular level”.

In healthy people, this injury-repair process occurs when playing sports.

Under normal conditions, after injury, in muscle repair involves two molecules, the cytokines IL-1 and TNF-alpha.

Both are responsible for regulating the inflammatory and reparative response, which in healthy people just to strengthen the muscle. However, those who suffer from fibromyalgia are injured much and are repaired wrong.

In muscle of patients, the levels of these two cytokines are altered, especially coinciding with the onset of symptoms.

When pain occurs, the injury on a person with fibromyalgia could be the equivalent of someone that had done a marathon.

Why does this happen? It is not known, but researchers believe that there might be a genetic susceptibility and some trigger, as for example some kind of infection that ended by deregulating this mechanism.

It will still be necessary to further investigate, but these two biological markers could lead to new diagnostic methods that are faster and more effective.

Currently the disease has no cure; only palliative treatments for pain, these two molecules may facilitate the development of new drugs involved in this molecular process.