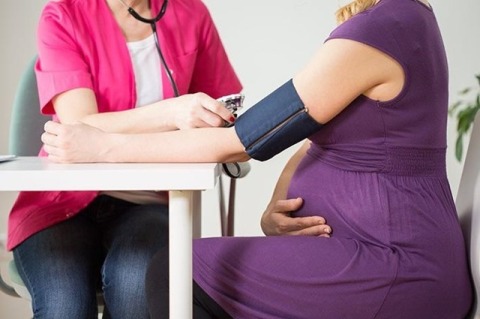 If you have heard of the preeclampsia, perhaps you will know that it is a disorder that occurs during pregnancy.

It generates a set of symptoms that can affect both mother and baby. Depending on the severity of each case, there are various treatments to address this problem.

However, less is known about the causes of this disease. If you are pregnant it is therefore good that you internalize on major risk factors that produce preeclampsia and what are the signals that must be attentive.

Preeclampsia is a condition that occurs during pregnancy, affecting about 15% of pregnant women. It consists of a rise tension caused by pregnancy. It is a potentially dangerous condition for both the mother and baby and can damage the liver, kidneys and the coagulation system of the mother.

It usually occurs after the fifth month of pregnancy (and especially in last few weeks), although fewer cases may occur earlier. It is also possible that preeclampsia is revealed during delivery or within hours of giving birth.

In fact, it tends to develop at the beginning of pregnancy, but in fact is not evident until about the third trimester of pregnancy.

Doctors distinguish between serious and mild cases of preeclampsia. This is according to the severity of the symptoms presented and therefore the treatment and plan of action in each case is different. It is worth mentioning that most cases are mild preeclampsia.

Have not yet been able to determine the exact causes of preeclampsia, it is believed to be due to problems that occur in blood flow to the placenta if it is not properly attached to the walls of the uterus, affecting the functioning of the arteries that carry blood to the placenta.

However, although the causes are not known for sure, if there have been detected several risk factors of preeclampsia.

That is, it is known that certain groups of women are more likely to develop the disease. It is therefore important to pay attention if you belong to any of these groups and that inform your medical background may be risk factors.

One of the risk factors that may predispose the development of preeclampsia is the background. If in a previous pregnancy you suffered preeclampsia or if a nearby relative has had it (mother, sister, aunt or grandmother).

The age also influences, because the women who develop pre-eclampsia are those that have less than 20 years or more than 40 years of age.

If you suffer from certain diseases you can also increase the chance of having preeclampsia during pregnancy. Including diabetes, chronic hypertension, clotting problems, kidney problems, or autoimmune diseases such as lupus.

Expectant mothers with multiple pregnancies (more than one baby) also have a higher risk. The same occasionally happen in obese women (with a body mass index above 30).

How to detect preeclampsia?

It is good as mentioned above be attentive to certain common symptoms. Anyway, keep in mind that these can sometimes go unnoticed things as normal pregnancy.

Therefore, the most important thing is to go regularly to doctor and they should check weight, blood pressure, and be attentive to any other signal.

The most common symptom of preeclampsia is high blood pressure or hypertension. Another feature of this disorder is the presence of protein in the urine (this is detected with a simple urine test) or abnormal liver and kidney.

Also an accelerated weight gain in a short time or a lot of swelling in hands and feet may be signs of preeclampsia.

On the other hand, especially in the later stages of pregnancy, tends to cause other symptoms such as severe pain that is placed under the ribs (especially on the right side), irritability, dizziness, vomiting and blurred vision.

They may also feel very strong headache and that does not diminish, vision disturbances (blurred or points vision, sensitivity to light or temporary loss of vision), mental confusion and severe pain in the upper abdomen.