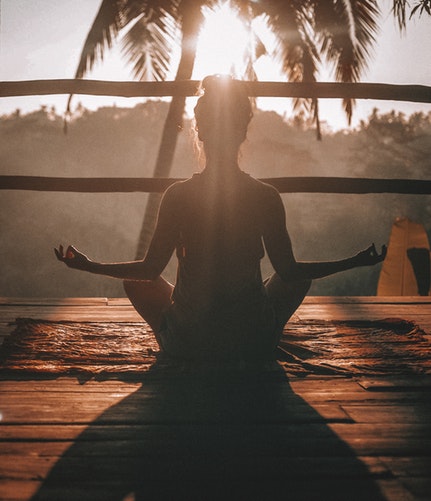 The term Mindfulness is widely used today in regards to the therapies applicable to the reduction of stress and relaxation of people. Some consider it the fashion technique, but in reality it has its basis in the ancestral knowledge of Buddhism. In the following article we will try to give a clear definition of it, in conjunction with all its characteristics and methods of psychology arising from it. In the same way, we present quality information about its applicability in children.

Defining Mindfulness is a rather complex task, since it is not a method with a specific objective. To put it into practice, people should be aware that they are not looking for something specific; it is about adopting a new way of “thinking” based on observation.

Some consider it as a quality, while others have focused on shaping a concept that encompasses all its extension, without departing from the evidence in the spiritual field. The truth is that in all these cases, it is considered as a way of living and not as a set of procedures to achieve an end. Therefore, the adaptation to it is not achieved through the reading of different books, but through the experience itself.

To begin with, it will be highlighted that it has been tried to known as “pure attention” or “conscious attention”. However, its origin is not really there, but arises as a translation of the word sati, in the Pali language, which literally means consciousness or memory.

Mindfulness is defined as the state of mindfulness, permanent and constant reached in a present moment, and that gives rise to full consciousness. The path that this lifestyle proposes involves avoiding prejudice, labeling, analysis and set aside preconceived ideas at all costs.

It is important to emphasize that the quality that describes this word is possessed by all human beings, but few people think of developing it. In fact, most of the time people are immersed in their thoughts about problems, things that displease him, dissatisfaction with his life, among other things.

With conscious attention we seek to develop precisely that: the attention to everything that happens in our life, but without affecting us; similar to when we watch a movie. In this way, this constant and infertile discussion on how to solve each situation that is presented, becomes a permanent meditation, aimed at the acceptance of things as they are and the search for peace.

To understand the mechanisms under which this experience works, it is necessary to make clear that in this field it is considered that thoughts have energy. The more energy is supplied, through disordered mental activity, the indiscriminate generation of the same, mostly negative, leads to collapse. That is why there are so many cases of stress and depression.

Although in this process consciousness is activated. By giving priority to it, then the overflowing emotions that generate tension are separated. This stops the supply of energy that feeds them, which causes their reduction, and then their disappearance.

Mindfulness does not employ the analysis of the observed. The analysis is executed to study the different situations perceived through the senses. This originates an almost indetenible process of generation of thoughts that instead of guiding the answer, end up confusing and drowning the capacities of the individual. But using mindfulness, what is pursued is to diminish mental activity that this leads to the relationship of the body and reaches a state of undisturbed peace, even when situations seem adverse.

It is important to emphasize that it is not a forced process, but a gradual surrender to constant attention, which implies the detachment and cessation of all the mental disorder that afflicts us. This could lead many to think that it is a matter of adopting a passive attitude, but in reality it is completely active, since observation and acceptance occur in each moment of the present.

Mindfulness-based stress reduction or MBSR, it was one of the first applications it had. It was proposed in 1990, by Dr. Jon Kabat-Zinn, a graduate of the Massachusetts Institute of Technology, in the United States.

The principle of MBSR is the maintenance of mindfulness of present events, moment by moment, stimulating an attitude of acceptance and avoiding the development of judgments. In this way, the individual is expected to adopt a permanent meditative attitude, and to be attentive to bodily sensations, as these will also affect the emotional sphere.

The program consists of classes, lasting two to three hours a day, for a period of eight months. Between forty and five minutes or an hour of them, techniques for meditation, for the improvement of communication with others and to stimulate awareness in every situation of daily life are presented. The formal instructions that make up Mindfulness are given, in conjunction with techniques for the development of slow and attentive body movements, and even yoga.

Cognitive therapy based on Mindfulness

It is better known as MBCT (Mindfulness-Based Cognitive Therapy) and is one of the most recent applications of this experience. It is based on the already described MBSR, with regard to permanent attention; however, it includes various elements used in cognitive therapies. Among them we can mention the education of the patient about his condition, about the influence of negative thoughts, thoughts and emotions that are useless in his, and in his general daily life.

Although its application includes elements of cognitive treatment, it differs substantially from it. The function of cognitive therapy seeks to transform the patient’s thinking, by replacing negative thoughts with positive ones. However, the MBCT seeks to develop an attitude of acceptance. The patient, already aware of the effect of a negative mentality, will observe reality and accept it as it is, without identifying and without making judgments.

Unlike MBSR, it is a treatment specially designed to reduce the incidence and recurrence of depression. Studies carried out at the beginning of the 21st century have corroborated that this therapy has managed to reduce the relapse of patients who have gone through depressive episodes by up to 50%.

Once its meaning, its functionality and the methods that have developed from it are known, it is likely that its existence is limited to relieving stress and decreasing the incidence of depression in adults. But in fact, mindfulness can be used since childhood, which could prevent the occurrence of situations that will require it in adulthood.

In general, mindfulness exercises are indicated for children between the ages of 5 and 12 years old. In this range, different cases will be highlighted in which its application is suggested:

Similarly, it is widely recommended for children with problems of hyperactivity, dyslexia and different disorders associated with autism. However, it is important to note that Mindfulness does not represent a remedial treatment for these conditions; rather, it is a tool to stimulate and encourage their development in both the educational and emotional fields.

It is very important to emphasize that the duration of mindfulness exercises in children will be much shorter than that of adults. As mentioned above, in adults it is necessary to apply it daily, for 2 or 3 hours. However, in children it will be enough with 15 or 30 minutes two or three times a week. In addition, the duration will also depend on the age; the older the child is, the more he can devote 15 minutes to meditation.

The application of Mindfulness in children comprises, in its majority, a series of metaphors that will allow them to understand the dynamics and to enter fully into meditation. However, the following is a series of general tips, which give an idea of the structure of the methodology. 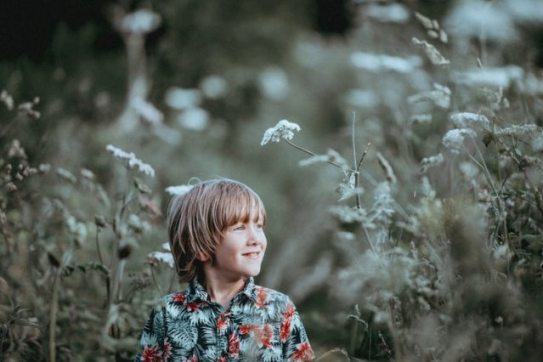 Choose a quiet place for the practice of mindfulness.

Teaching children to meditate through observation has a lot of benefits, among which we can mention:

The mindfulness, known as attention by observation is a lifestyle based on the search for peace, through acceptance, originated in the East, but now extended to the West of the world, where it has had a wide acceptance. Knowing is important, since it represents a very useful tool to improve the form of life.