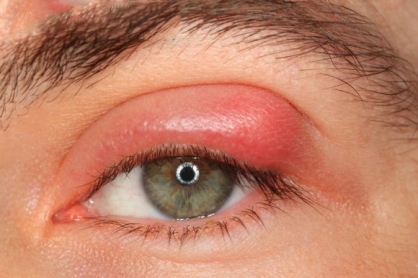 The Styes are caused by an inflammation of glands located in the bottom of the tabs. When these glands are blocked, fluid builds up and the area becomes inflamed. When inflammation arises not on the basis of the tabs, but rather in the interior of the eyelid (usually the upper one), then also called chalazion. 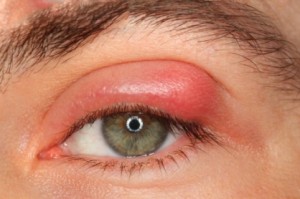 Usually does not cause any serious complication, although it is very annoying for those who suffer, as the inflamed area is in direct contact with the eye, which is an extremely sensitive area of ​​the body. But, as always, it is best to go to a doctor to guide us on the exact nature of the disease.

What causes styes?
The most common cause of this inflammation is the presence of a bacterium, to proliferate, it clogs the sebaceous glands. Of all bacteria, the most common is the Staphylococcus aureus.

External styes
Speaking of the External styes, which usually appear at the base of the eyelashes, the flesh around them is usually very soft and smooth when you touch and exact location of the lesion shows a nodule or “ball” extremely hard. The nodule usually has a lot of pain, but after a few days usually goes away by themselves, once all the liquid accumulated in the lesion is drained by the body. If discomfort persists for many days, there to assist with a health professional to make sure that you are following care suitable for a speedy recovery.

Internal styes
The Internal styes usually take much longer to heal, in some cases even one or two months. This is because the external styes, turns out to be more simple to the body to drain them to eliminate them, but with the inmates, just as are within the eyelid, this task is complicated for the body.

In both cases, the primary care to consider is not to touch, squeeze, try to drain, scrape or touch the other eye after being in contact with the infected eye. Otherwise, the bacteria could spread throughout the infected eye and may even spread to the other eye, whereas the other was healthy. So, make it more annoying and causing more itching, scratching should not for any reason.

Treatment and prevention
The main way of prevent styes, both internal and external, and the best way to promote a rapid recovery, is the proper hygiene of the area. It should thoroughly wash the area and the hands to prevent further spreading the bacteria. Furthermore, in addition, is usually placed a cloth or the like, as clean as possible, with water as hot as resist. The hotter, the better, as this helps to dilate the blocked glands to drain better. Also, when heating the area at least 4 times daily for about 10 minutes, the bacteria are prevented from reproducing, as the temperature at which proliferates is comfortably below the human body, but rather it resists. As the eyes are exposed to air, its temperature is generally lower in general than the body, which facilitates their growth. If the temperature rises, conditions are not as favorable; the bacteria have to end up giving. However, note that the case of Staphylococcus aureus, the most common cause of infection is a bacteria found in the human body too often, but which rarely causes disease.