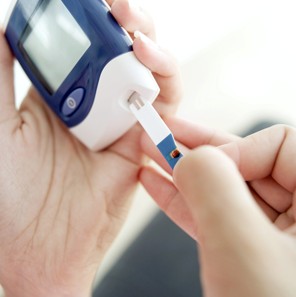 Obesity leads to many health problems to the sufferer. A disease that can silently generate the appearance of other diseases such as type II diabetes.

However, there is now an alternative that through surgical practices allow patients with this type of diabetes is directly related to obesity and overweight can achieve complete remission of the disease.

The so-called bariatric surgery, sleeve gastrectomy and gastric bypass surgeries as well as metabolic, used to combat morbid obesity type, characterized by patients who have a body mass index above 38 points, would be the solution for these patients.

This has been declared by a specialist Surgery of Obesity and Associated Disorders Mexico General Hospital (MGH), who said that up to 90% of those operated with some of these types of surgeries have managed to eliminate both insulin and drugs they used to control your diabetes.

Statistically 80% of cases of type II diabetes in Mexico is directly associated to obesity and overweight and metabolic these surgeries are helpful for these patients reduce glucose levels.

There are also statistics from the International Diabetes Federation, who have made ​​estimates on the subject, with the result that the risk of type II diabetes rises by 42 times in obese men and 93 times in women with the same problem.

Studies have now determining that more and more young people with obesity and as a result of it too sick with diabetes from age 20.

The metabolic surgery procedure is a proposal for those with type II diabetes as this type of procedure is not recommended for Type I or for patients who have had the disease long ago.

On the other hand, there are some variations between the traditional and metabolic bypass surgery, one of the most important the fact that the latter can be practiced with a BMI lower than at this time indicates the Norma Oficial Mexicana (NOM) established that obesity should be 38 points for bariatric surgery can be performed and reverse as well the table of obesity.

However, it should be noted that even doctors do not use terms like “cure” of diabetes and it is fortuitous and results to date have not done any research for the purpose.