Sinusitis is one of the most common diseases that we find annoying, but despite its many symptoms do not always know how to detect it. Attentive, in us we give you all of its signals. 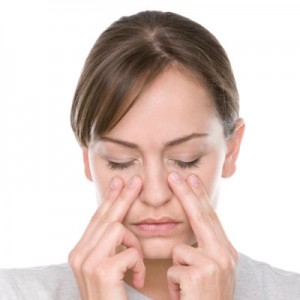 The sufferer is afraid of catching cold and who knows what is coming, but not just the flu is responsible for display, bacterial infections and even fungi can trigger an episode of sinusitis, which can become a real headache, literally.

Sinusitis is an inflammation of the membranes covering the bones that communicate with the nose, and we can find two types, acute presented for several days and chronic in addition to not having a definitive cure can show their symptoms for months.

A picture shows clear signs of sinusitis: abundant mucus, especially thick, which can last for days after the cold is gone, along with a strong nasal congestion and heaviness in the whole face.

This picture can lead us to feeling fever and in most cases you suffer from headaches especially when getting up and lying down, movements that generate significant pressure on the face. Also feel the eyes sore and heavy and a general apathy due to discomfort.

Despite common sinusitis requires a visit to the specialist and appropriate treatment to reduce symptoms and live healthier, so if you have experienced these signals do not hesitate to go to your doctor.

Why is Vitamin B12 so important for your health