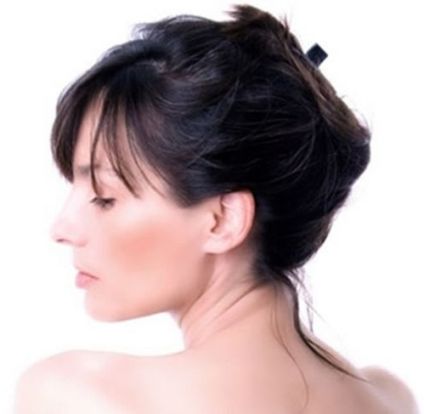 Redness and peeling of the skin are the most common symptoms of this type of dermatitis that mainly affects the scalp, but it can also spread to other parts of the body.

For adults, we have a chronic problem and require that we follow a treatment to reduce outbreaks and intensity. Outbreaks can increase if in addition we are prone to suffer from stress or in periods of tiredness and fatigue.

What is seborrheic dermatitis?

The mildest form is commonly known as dandruff, but this skin disorder goes beyond, because although mainly affects the scalp, can also spread to other parts of the body, from face to chest or buttocks.

Its main symptoms are redness and flaking of the skin. When this happens in babies, usually in the first three months of life, also called cradle cap.

When it occurs in adults the main difference is that it is a disorder or chronic problem, which evolves as outbreaks, whose intensity can be increased when it is associated with an episode of stress or fatigue.

As we have noted, seborrheic dermatitis can also appear on the face, particularly in the nose, eyebrows, eyelashes and the eyes.

In the latter case, symptoms may also get an inflammation of the eyelids and crusting on the eyelashes. When it appears in the rest of the body tends to manifest itself in the form of brown color plates coated with scales and may also suggest that it is psoriasis.

Although it is a skin problem much more common than you think, its origin remains unknown.

In the case of infants and adolescents its causes usually related to hormones, i.e., the smallest by hormones that inherited from the mother and in the second case, by the hormonal changes of aging.

In principle, and so far, in the case of adults this is a chronic problem, which requires consulting the specialist to follow the most appropriate treatment.

The objective is to reduce both the severity of symptoms and outbreaks of seborrheic dermatitis. It is also advisable to take together with the use of specific products for personal hygiene.

Thus, in the case of the scalp, use shampoos prepared from substances such as Zinc Pyrithione or selenium sulfide.

When dermatitis is manifested in other parts of the body should apply gels and creams without fat and, if possible, to include in composition piroctone, urea or alphahydroxy acids.

Other tips to follow and that will help us to avoid outbreaks of dermatitis are to avoid to shower with hot water, avoid excessively heated environments or with air conditioning.

Also, especially in the case of women, cosmetics must avoid fatty products and use hygiene neutral or acidic pH. The feed can also be a good alidade to reduce symptoms, avoiding eating too much spicy food or abuse of alcoholic beverages.