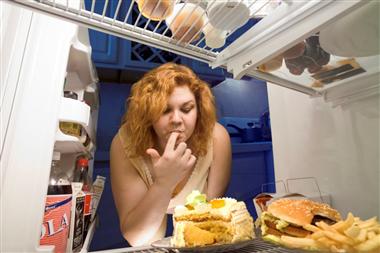 The night eating syndrome is a disorder of eating behavior in addition to those already known eating disorders like anorexia, bulimia, Orthorexia and bigorexia. 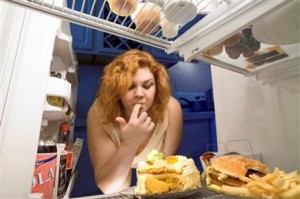 At present not known very well the true prevalence of this syndrome, but it is estimated that suffers from a 1 to 3% of the population, and affects between 8 to 27% of obese people.

Night Eating Syndrome is characterized by overeating at night, both at dinner and afterward, even to get up during sleeping hours to eat because it appears the need to eat in abundance or hyperphagia.

Those who suffer from this syndrome are people who eat at night although be asleep and that later they do not recall to have gone to the refrigerator. They are not aware of what they do and do not remember anything on waking.

People with this problem often dined and did their normal meals, but arriving at night in bed and have uncontrollable desire to eat and get up to raid the refrigerator, consuming more than 35% of calories a day. These people are not hungry in the morning and hardly to compensate for binge eating breakfast.

What differentiates to this syndrome of bulimia is that the need to binge comes at night, not necessarily in one sitting, is a non-stop. Nor do any act ‘compensation’ as vomiting, taking laxatives or diuretics.

This eating disorder leads to another health problem, the obesity; in fact studies have been conducted by the Department of Psychiatry, School of Medicine, University of Pennsylvania with control groups and groups of patients with this syndrome. After analyzing the results it is concluded that both groups eat about the same calories, each a few hours a day, but almost half of patients who had the night eating syndrome were not obese until the disorder appeared.

The problem of eating behavior requires medical treatment, the dietitian, and psychologist and psychiatrist. The first thing to do is write down everything, absolutely everything you eat throughout the day with complete accuracy with every shot and should record the feelings or sensations that invade the individual. It is also necessary to know if the problem is caused by a sleep disorder rather than to be the night eating syndrome, which causes insomnia.