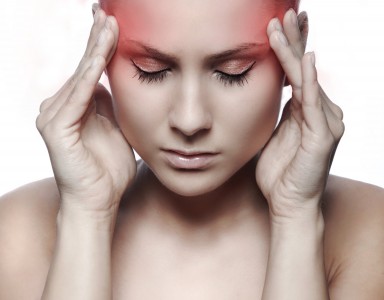 Both the origin of migraines and its cure are still mysteries unsolved. In any case prevention and strategies to avoid certain that you can get to trigger any crisis, are the best steps to take to combat it.

Why do it occur?
It is said that migraines are the way in which the brain says “enough” when it is for different reasons as concerns or work reaching force our stamina to maximum capacity, moment in which our organism activates an alarm signal that jumps and produced intense, disabling and prolonged pain requiring sufferers to move away from the world and locked up in a dark place and silently until the crisis disappears. The problem is that the pace of modern life can not always stop so it is necessary to continue in the best possible way when the key therefore, to avoid that appear or put brake as soon as possible.

Although for sure do not know exactly the origin of migraines, it is suspected that a genetic component may be the cause, explaining the propensity to suffer migraines up to 70% in people who have a family history.

Hormones also play an important role, being this affliction very own of women by their influence on the crisis of headaches. And it is that migraines are often worse with birth control pills and with menstruation. Pregnancy on the contrary, helps improve and as with menopause, usually disappear completely.

What to avoid?
There are certain environmental factors that will be the direct cause of migraines, can reach to act as their triggers, particularly to those who are prone to disturb.

And stress influences nearly 59% of cases. Nervous tension, especially a continuously sustained, is often the cause of the great majority of cases. As a curiosity, it is normal for pain crises occur when the body is more relaxed after suffering heavy stress.

Schedule changes are also about as sleep disturbance and can even cause up to 35% of cases of migraines, so it is convenient to get up and bedtime always at the same time and get enough sleep, many or few hours.

Maintain a fixed schedule meals is also important since fasting is one of the most common triggers of migraines. Being an empty stomach for too long, it causes the decrease sugar level in blood and brain function may be influenced.

Diet and Migraines
The origin of migraine may also be related to the excess of a molecule that is present in the body and in certain foods and which is known as histamine, so it is advisable to reduce the consumption of foods rich in the enzyme as citrus, dairy, meats, alcoholic drinks and seafood.