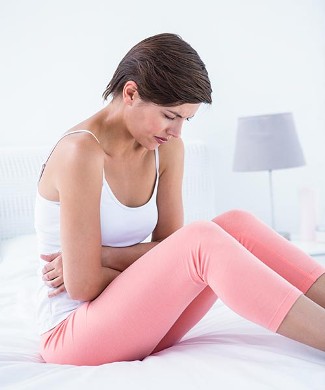 The endometriosis is a disease that affects 10% of women in their childbearing years, still higher than the percentage of women with endometriosis when infertile reaching up to 35%.

Endometriosis can be developed from the first menstruation however it is often not diagnosed until the 25 or 35 years. This disease also affects women during menopause.

This tissue can also attach to other parts of the body like, intestines, ovaries, rectum, bladder, and pelvic area.

The most common symptom to suspect that suffers from this disease is pain, which usually occurs days before menstruation and continued pain even for the duration of menstruation.

Other symptoms associated with this disease

The reasons why this disease occurs are not yet known.

In addition to the immune system there are other possible causes that may predispose to suffer from endometriosis as those that follow:

And endometriosis in some women gives them a lot of pain, other women suffering from endometriosis without manifest any symptoms.

It is important to remember that women should have a gynecological examination once a year to make sure everything goes well. Once the review done and could have suspected that suffer from endometriosis your doctor may perform the following tests to detect or rule out the disease.

The diagnosis of endometriosis

As many medical specialists think, the diagnosis of the endometriosis tends to take 7 years of average. In what it refers to the proper diagnosis, the tests in addition to a physical examination consist of:

Once diagnosed the disease treatments will depend on the severity of symptoms, as well as the woman’s age, the severity of endometriosis, if desired or not have children.

In the case of women who have mild symptoms in general the treatment is to calm the pain, but in more severe cases of endometriosis in suffering severe pain, there are occasions in which surgery is required.