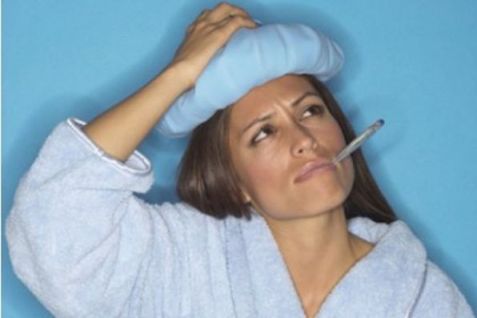 We all are concerned about suffering from any health disorder, but the problem is when the concern is constant, excessive, and when it becomes an unrealistic fear and continuing to suffer the symptoms of a serious illness. Any mild symptoms, such as a slight headache, are interpreted by the patient as a health problem, symptoms resulting from their own state of anxiety and constant worry. Hypochondria can and should be treated. But how do you identify a hypochondriac person? When does it start to be a problem for the health concerns?

Hypochondria, although have physical symptoms such as breathing difficulty, palpitations or insomnia is a disease included in the group of psychiatric diseases and which also includes the anxiety, phobia or obsessive compulsive behaviors.

Hypochondria, in general, can be defined as the unrealistic fear and constant, almost obsessive, of developing certain serious health concern. In fact, the hypochondriac person usually identifies their own symptoms of anxiety state as manifestations of problems or more severe pathologies.

Hypochondria is a disorder of behavior, which is often characterized by a phobia or fear of being sick. This generates a continuous state of anxiety and excessive concern than in patients not only takes to attend the doctor with unusual frequency, but also to avoid contact with others for fear of infection. Hypochondriacal patients are constantly alert to the slightest change that occurs in body, while they are willing to undergo all kinds of tests and medical tests convinced that they need. When the doctors ruled out any possible physical pathology, they often resort to alternative medicine believe that the medical diagnosis is not adequate.

Hypochondria can and should be treated. Although the exact origin of hypochondria is still difficult to determine, experts suggest, as possible causes, having suffered some sort of serious illness during childhood or have lived with family members with chronic conditions. Excessive sensitivity to pain or exaggerated fear to suffer it may also be behind the hypochondria.

As we have pointed out the hypochondria can be treated, being psychotherapy sessions that best results are giving in the most severe cases.