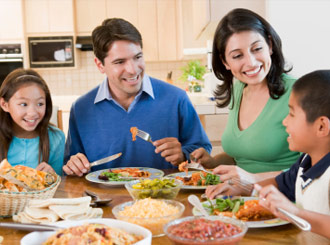 Recent studies show that following a few simple habits, parents can prevent childhood obesity. Some of the simplest and most important are: 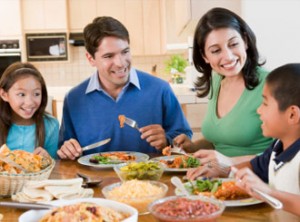 Teach by example
One survey found that children whose parents decide to stay in shape are much more likely to have a healthy weight. There is nothing worse that tell a child what they need to do and what not to do it yourself.

Not say “clean your plate”
Young children instinctively know how much food they need. This instinct may disappear, however, when parents of children serve too large portions or push to eat more. A study illustrates this: When children three years of age were served a larger portion than usual of macaroni and cheese, eat only until hunger was satisfied. Encourage children to eat enough to satisfy their appetites and stop them before they are actually full.

Play with your children
Parents, who exercise regularly with their children, reduce their risk of being overweight. “The kids really mimic what their parents”, says Reginald Washington, chairman of the American Academy of Pediatrics. “Involve children in activities with you, such as walking or biking together”.

Relive the family dinner
Children whose families are usually sit down to a homemade meal at the table are less likely to be fat than those who carry the food. And no wonder: recent research has found that children who eat dinner with their families eat more fruits and vegetables and fewer soft drinks and fat.

In addition, many children who are overweight tend to eat quickly: “By engaging children in conversation, slows down the eating process”, said William Cochran, President of the section of the AAP on gastroenterology and nutrition.

Not use food as a reward
This simply teaches children to eat for comfort or to associate food with “being good” – a big mistake. If your child has an A on his qualifications, not rewarded with a trip to the ice cream, bring to the zoo or his favorite park instead.