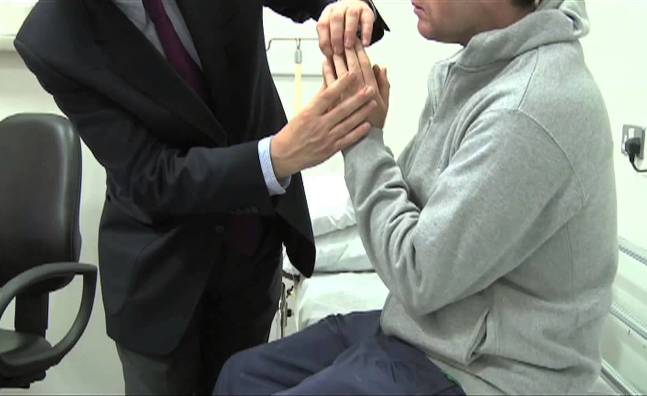 Degenerative diseases, such as Alzheimer’s or Parkinson’s, are one of the most important challenges for modern medicine. These diseases not only take away the control over our bodies, but also these deteriorate our mental abilities. Like many other medical conditions, it is always best to detect them early so that the progress of the disease can be delayed until more effective treatments are discovered. In order to detect these diseases in time, it is necessary to know their symptoms and signs.

Note: Do not be alarmed if you see one or more of these symptoms occur, as these may also be associated with other medical conditions. However, to rule out any possibility, if you feel you have any of these symptoms it is best to consult with a specialist and perform the necessary checks and tests.

If a person’s writing goes from being large and free to be small and narrow, it may be manifesting one of the early symptoms of Parkinson’s. Patients with this disease write the smaller letters, exert less pressure on the paper, and take longer to complete a sentence.

2- Loss of sense of smell

When a person has trouble feeling or identifying strong odors, a specialist should be consulted. Although in most cases the loss of smell is due to sinusitis, many doctors say that patients with Parkinson’s claim that this symptom is one of the earliest signs of the disease. Although the relationship between this symptom and Parkinson’s has not yet been proven, one theory explains that certain proteins form clusters in the olfactory area, reducing the ability of smell.

Another of the symptoms of Parkinson’s is insomnia, a problem that being so common is difficult to identify as a sign. People with this disease often go to bed, take a long time to sleep, and move their bodies with intensity before or during sleep. If these problems persist, it is necessary to consult with a health professional.

4- Lower your voice and face without expressions

A change in tone of voice and a face without expressions are two common symptoms of Parkinson’s. Because it is difficult for the individual to identify these changes in their own body, it is important for family and friends to be aware of these symptoms. Speaking fast or stuttering are also early signs of Parkinson’s.

Although many patients fall into depression after being diagnosed with this disease, there is a physical relationship between depression and deterioration of Parkinson’s. In many cases, people begin to feel depressed many years before being diagnosed, which may be due to a low secretion of serotonin and dopamine, two neurotransmitters that affect many functions of the body, including mood.

If it considers that has happened suddenly a change in the frequency with which you are going to the bathroom, even if it is not due to Parkinson’s, it is essential to consult a doctor. This problem has repercussions on the autonomic nervous system, which is responsible for unconscious processes, such as digestion and functioning of the intestines. Although constipation alone is not a health hazard, if it is accompanied by other symptoms on this list, you should consult with a specialist.

7- Trembling despite being relaxed

Body tremors are normal in certain circumstances, such as after exercise, or during a test. However, according to the National Parkinson Foundation, small tremors in the fingers, hands, chin and lips can be a strong sign of this disease. This symptom manifests itself in almost 70% of the patients and can become more notorious before situations of stress or anxiety. Usually, this symptom appears after you have manifested the other symptoms on the list.

Stiff joints that do not go away along with muscle weakness can be signs of this disease. For patients with Parkinson’s, everyday tasks, such as buttoning a shirt, cooking or moving objects, become increasingly complicated. When walking, the feet of these people feel heavy, as if they were attached to the floor. If you have any of these symptoms, do not hesitate to consult your family doctor.