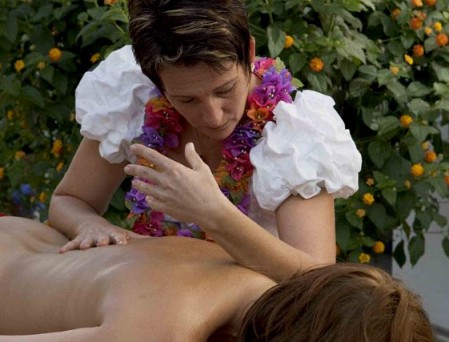 Lomi Lomi Hawaiian Massage achieved through a series of rhythmic movements to relax the muscles and joints. 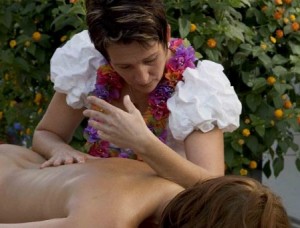 Hawaiian massage is both relaxing and stimulating. However, the main purpose of this massage is to restore balance between body and spirit, allowing you to find peace and comfort to the person who receives the massage.

There are four cardinal points in which this technique based and their concepts are: breath, dance, music and the feeling. Although the most important factor may be considered as the ocean; in fact, all the movements were raised by the cycle of the waves.

The Lomi Lomi massage begins at neck and remains in the back, through the arms, hands, legs and feet.

In the past, Hawaiian massage was considered a sacred ritual that was created only as a healing remedy and has been handed down from parents to son. The popularization of massage in the United States and then the rest of the world are due to the sensuality and benefits of this type of massage.

Hawaiian Massage: indications
Hawaiian massage is beneficial for the lymphatic system, circulatory system, respiratory muscles and joints. The Lomi Lomi massage also ensures a feeling of relaxation and comfort without equal since it acts on the nervous system as a bridge between the body and the spirit. For this reason also used the Hawaiian massage to combat stress, depression and low mood in general.