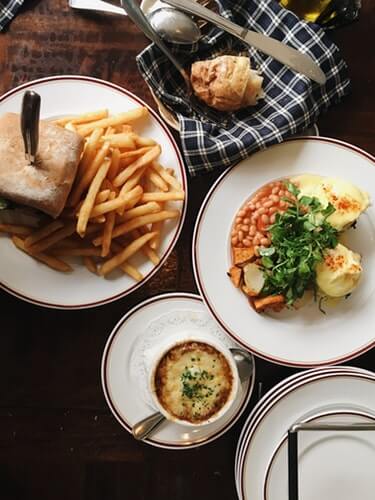 The acrylamide is currently one of the substances of which more is being talked about in relation to health. It is a chemical compound that develops during the thermal process of certain foods, during which they are exposed to temperatures above 120º. It is common to find acrylamide in everyday products such as French fries, coffee, or even babies’ baby food, among others.

Although at the moment the current regulations do not require labeling to report the concentration of this substance, the truth is that the awareness of both consumers and the food industry about acrylamide is increasing. Recently a judge in California has ruled that Starbucks should report the risk of cancer because of the presence of acrylamide in coffee.

How is it created and what are its effects?

Acrylamide is a chemical that is produced completely naturally in foods rich in carbohydrates, such as bread or potatoes. It arises when these foods are subjected to temperatures above 120º in dry environments, with low humidity; that is, when frying or toasting them.

The chemical process by which acrylamide is created is known as the Maillard reaction. One of the main components that participate in it is asparagine, an amino acid; reductive sugars also play a key role in this process. Thus, the Maillard reaction causes the food to take on a brown color, and even change the natural flavor of the food.

One of the aspects that most worries both consumers and companies in the food sector have to do with the effects that acrylamide has on health. Well, the truth is that the International Agency for Research on Cancer includes acrylamide as a risk factor in humans.

Of course, the way this chemical compound affects the body is different according to age. As we have indicated, acrylamide is common in foods for children, such as baby food or cereals; a compound very harmful to children and babies because of its toxicity.

In recent years a large number of experiments with laboratory animals have been developed. Well, these have shown that this chemical can significantly increase the risk of developing cancer.

However, until now it has not been possible to know precisely the amount of acrylamide from which this component is considered toxic and dangerous to health. It is worth knowing that acrylamide does not accumulate in the body in any case; moreover, its biodegradation occurs very quickly.

Now that we have known what acrylamide is and what its effects on health, it is worth knowing the list of foods with a higher concentration of this compound.

Tips to prevent acrylamide from forming in food

There are a series of precautions that we must take at home to avoid creating this chemical in certain foods.

We have to pay special attention to the preparation of food. For example, in the case of potatoes, we must remove them from the pan before they take a golden color. In the same way, the mold is recommended to remove it from the toaster before it is roasted excessively.

When frying food, the ideal is that the temperature does not exceed 170º; in the same way, the temperature of the oven must never exceed 200º maximum. When preparing food in the oven, a good trick to avoid the formation of acrylamide is to turn the food around half the cooking time.

In the case of potatoes, it is advisable not to store them in the refrigerator since the cold stimulates in some way the production of this substance. In addition, it is advisable to wash them before frying. As for batters, it is best to fry them at low temperature and clean the oil very well since the crumbs in the pan contain high amounts of acrylamide.

Without a doubt, a good way to avoid the ingestion of acrylamide in excess is to carry a rich and varied diet, with a high consumption of fruits and seasonal vegetables.