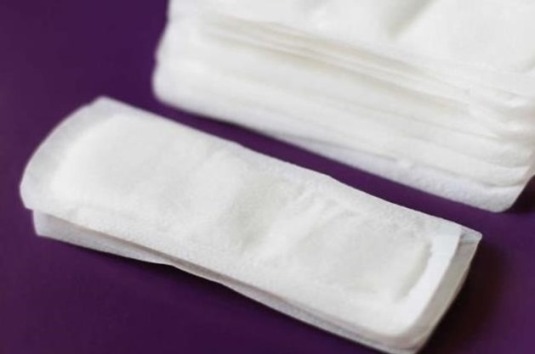 The menstruation (also known by the names of period) is the bleeding that women have when the egg is not fertilized, which was expelled from the ovary to be fertilized. It occurs as part of the menstrual cycle of women, and we can consider it as a normal vaginal bleeding. This bleeding can be excessive and abundant (what is medically known as menorrhagia) or be totally and absolutely normal.

Menstruation is part of the menstrual cycle, which begins on the first day of menstruation and tends to last around 28 days, although a cycle may actually last for between 23 to 35 days, be completely regular, however stays ahead or delayed.

Causes of vaginal bleeding without period

We should note that this vaginal bleeding that occurs between periods, and it actually has nothing to do with menstruation, can be caused by different conditions or problems. However, mostly its causes are benign and can be treated. But they may also be due to cancer or precancer, so any abnormal bleeding should always be evaluated by a gynecologist.

Among the most common causes tend to cause the appearance of abnormal bleeding without menstruation, we can mention the following:

Conception and implantation of the fertilized egg: It is what is known as implantation bleeding, although it does not always occur. It occurs when a pregnancy has occurred and the fertilized egg implants in the uterus, which can cause slight bleeding. In these cases, the blood tends to be red, clear, and is often presented as a few minor drops that sometimes can be confused with the onset of menstruation.

Ectopic pregnancy: It is a pregnancy that occurs outside the womb as a result of the movement of the egg through the fallopian tubes is delayed or blocked.

Uterine fibroids or uterine polyps: It is a common condition that affects 1 in 5 women during their childbearing years. It can be tiny or grow to a large size. It is believed that among the reasons that cause their appearance may be due to hormonal changes and hereditary causes.

Cervicitis: It is inflammation or infection of the cervix, often as a result of an infection acquired during sexual activity.

Birth control pills or IUDs: Some contraceptive products may cause occasional spotting. This applies, for example, the start or suspension of contraceptive pills, or IUDs.

Underactive thyroid: It is the existence of a low thyroid function. The thyroid is a butterfly-shaped gland that is located in the neck, which becomes one of the most important endocrine glands to produce hormones. When thyroid function is decreased it is possible the emergence of abnormal vaginal bleeding.

If vaginal bleeding is point it is advisable to watch and wait, checking the progression of symptoms, since in reality there are many causes, mostly benign and banal that can cause such bleeding and it appears may disappear.

However, if bleeding occurs during pregnancy after menopause, it is accompanied by other symptoms (such as pain, fatigue, vomiting …) or bleeding is abundant is very important to go to the doctor to carry out a rigorous physical examination.