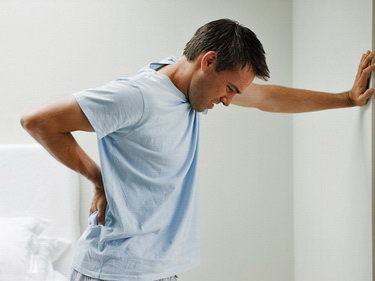 Only 2% of people who present symptoms of “alarm” of cancer is considered as one of the causes. And men tend more often ignore signals that something is wrong with their health.

Symptoms of cancer are not always recognizable, however there are some physical changes that denounce it and that should not be ignored by men, but they are, as a inexplicable bleeding.

In addition to the blood in the urine, we present the symptoms of cancer that men should not ignore:

The balls that appear under the skin in areas such as the breast, testicles and lymph nodes and soft tissues, such as ligaments and tendons, are signs of various cancers. Especially if they have a progressive growth.

Changes in the testes

Whether one or both testicles become larger, to submit a lump, sudden and repeatedly swelling or “extra” weigh are common symptoms of testicular cancer. This is most common in young and middle-aged men.

Damage to the skin

For those who work long hours under the sun or outdoors, the risk of skin cancer is greater. Submit peeling, sores that do not heal, warts, as well as more moles, or change in the color of freckles, are signs that need medical review.

When a cough or hoarseness lasts more than three weeks, be it a man to smoke or not, can be a symptom of lung cancer. Difficulty in breathing or cough with blood is also signs that should not be overlooked.

When you lose weight without changing diet or exercise, even when you think you need to lose, have no apparent reason can be symptom of stomach cancers, esophagus or lung cancer.

Feeling too tired to do the activities that were previously not complicated, even no matter how much rest is sometimes a symptom of leukemia, as well as colon and stomach cancer.

Whether feel a back, head, abdominal or stomach pain, although it may be a sign of other conditions, it can also be a sign that the cancer is growing.

Pay attention to changes in the body can help men to timely detect skin, prostate, colon and lung cancer, which are those that most affect them.