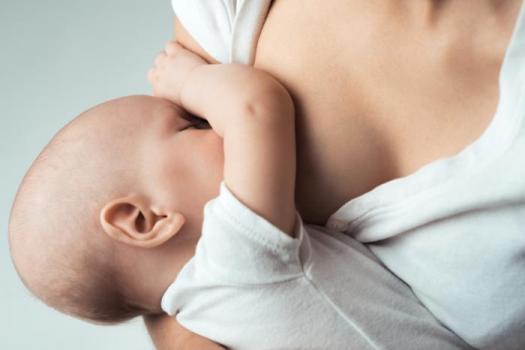 Puerperal mastitis is a very common type of mastitis during breastfeeding. What are its symptoms and what causes it? We will discover everything that you need to know about it.

The mastitis is basically the inflammation of the mammary gland, which can actually be affected by a wide variety of causes, many of them wildly different, although usually very commonly associated with breastfeeding.

But obviously it is not the only one: for example, the mass production of the hormone prolactin (which stimulates the production of breast milk), or even the presence of a breast disease (benign alteration of the breast) can cause an inflammation of the mammary gland of the woman. And only in rare cases it can be caused by breast cancer or certain types of tumors.

Therefore, since mastitis outside the period of breastfeeding is considered rare, with minor symptom it is advisable to go to the doctor, who will probably ask certain tests that help in the diagnosis: such as ultrasounds, mammograms and blood tests. In fact, usually this type of inflammation tends to become chronic, and is also recurring.

We may find ourselves in a bacterial or infectious mastitis. In these cases the main “culprit” is a bacterium known as of Staphylococcus aureus (considered in fact the prototype of most common species as the cause of acute mastitis), although it is not the only one. It can also be produced by the Staphylococcus epidermidis bacterium.

The mastitis is one of the conditions that in addition to irritated or cracked nipples, breasts can suffer when the baby is breastfed. It is an infection that occurs in the ducts that circulate breast milk.

From a medical point of view, as indicated briefly at the beginning of this note, mastitis is the inflammation of the mammary gland, which occurs as a result of a blockage of milk ducts. Therefore the mastitis is also known by the names of duct ectasia, Periductal inflammation or subareolar abscess.

Symptoms that may alert you that could be affected by mastitis are:

That is, the most common symptom is feeling intense pain and signs of inflammation such as redness, swelling and induration. The pain tends to feel like “sticks” and may appear areas of induration or cracks.

In the presence of any of these symptoms must consult a doctor to do the relevant review and prescribe the proper medication.

What are the causes of puerperal mastitis?

If mastitis is not caused by an infection, in the case of puerperal mastitis it is caused by two reasons: either by the accumulation of milk in the breasts, or by plugged milk duct.

When there is puerperal mastitis infection can also occur. In these cases it is because of the above, or turns to the existence of germs that invade the breast tissue through fissures or cracked nipples (so common during breastfeeding).

On the other hand, medical specialists advise the application of hot and wet wipes directly on the breasts. Moreover, unlike what is thought wrongly, it is advisable to breastfeed your baby more often, always in greater quantity on the part of the affected breast.