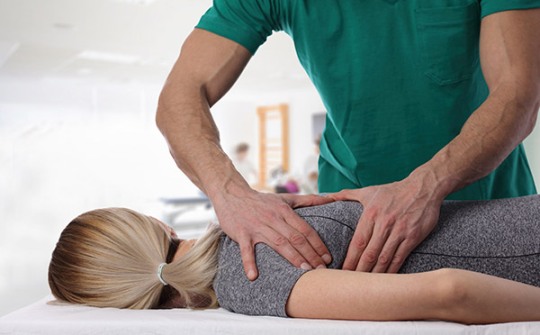 Chiropractic is the health profession that deals with the diagnosis, treatment and prevention of disorders of the musculoskeletal system, and the effects of these disorders on the function of the nervous system and on health in general. Below Columbus chiropractors describe some common reason why we need chiropractor:

Your body is controlled entirely by the brain through an extensive network, known as the nervous system. Any movement you make, any sensation you perceive, any organic process that occurs in your body automatically, your heartbeat, your breathing, etc., is performed under the control of the nervous system as if it were a central computer.

This is how your body works harmonically and maintains its natural healthy state.

This system is protected by the bones of the skull and the bones of the spine. The vertebral column is the central axis of the locomotor system of your organism. From there extends a nervous network that branches throughout your body.

The spine consists of twenty-six moving segments, in addition to its articulation with the skull. This one possesses a certain degree of plasticity, also, although insignificant.

Despite their enormous flexibility, a number of factors accumulate throughout life, some of the segments of the spine often alter their ability to function.

When this occurs, certain interferences occur on the nervous system, which can no longer function perfectly. This is called the vertebral subluxation complex.

Go to the chiropractor

It is before this fact when it is convenient to put into the hands of a chiropractor. Chiropractic consists of accurately adjusting the segments affected by the vertebral subluxation complex to restore a normal functional state to the spine and eliminate interferences produced on the nervous system.

Chiropractic treatment is also especially recommended for patients with common, simple or non-specific back pain. The chiropractic adjustment is harmless and lacks side effects.

The methods used focus on slight touches on a key point and the brief and gentle pressure on the affected joints.
For this purpose, stretchers specifically designed to adjust to different postures are used, depending on the breathing phases or movements of the body, to act on both the spine and the skull, as well as on other areas of the body

From chiropractic, it is understood that the body has a capacity for self-regeneration which is known as innate intelligence. That intelligence is expressed through the nervous system; the brain and communication networks that connect it to the rest of the body.