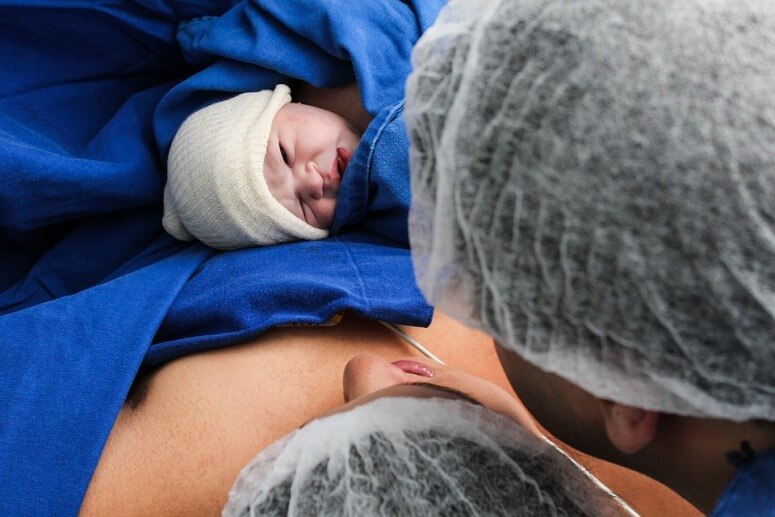 For most pregnant women, childbirth is an especially painful time. However, did you know that 1 in 100 women feel less pain than the average when giving birth to their children?

This was demonstrated by a study carried out at the University of Cambridge, in which they analyzed resistance to pain in a group of women who did not need relief when giving birth. The results revealed that these women had a higher pain threshold due to a genetic mutation in the KCNG4 gene.

However, not only this genetic mutation can reduce discomfort during childbirth, there is another factor that can affect pain thresholds when giving birth: the gender of the baby.

Another research, this time carried out at the University of Granada in collaboration with the San Cecilio Clinical Hospital, found that pregnant women who give birth to girls not only experience less pain during childbirth but that girls suffer less when they arrive in the world.

Interested Also: What is the best age to give birth to her baby?

Girls, increased resistance to oxidative stress and inflammation at birth

The study, published in the scientific journal Pediatric Research, found that girls respond better than boys to stress during and after childbirth.

To arrive at these results, the researchers analyzed blood samples taken from the umbilical cord vein and artery of 56 infants, 29 girls and 27 boys. Analyzes revealed that girls possess more mature enzyme systems and greater antioxidant activity at birth, which improves their cellular metabolism and reduces oxidative damage to cells.

Likewise, they secrete less interleukin-6 and tnf-α, two types of pro-inflammatory cytokines that regulate inflammatory activity in the body, while also intervening in the immune response and cell growth.

Instead, they produce more anti-inflammatory cytokines that reduce the detrimental effects of pro-inflammatory activity and consequently decrease inflammation in the body. This means that they not only have a lower inflammatory response during childbirth, but also have a lower risk of developing diseases related to a high level of inflammation, such as autism or depression.

The researchers believe that the difference in both inflammatory signaling and the oxidative process between boys and girls may be related, among other factors, to inequalities in the proportion of fatty tissue and its distribution in the body, as well as levels of sex hormones.

In any case, everything indicates that girls not only suffer less than boys during childbirth, but are less vulnerable to developing inflammatory diseases or oxidative damage during the first years of life.

Mothers of girls, better prepared for childbirth and with greater resistance to pain

Another interesting result of the study revealed that mothers who give birth to girls suffer less during childbirth and have less pain. 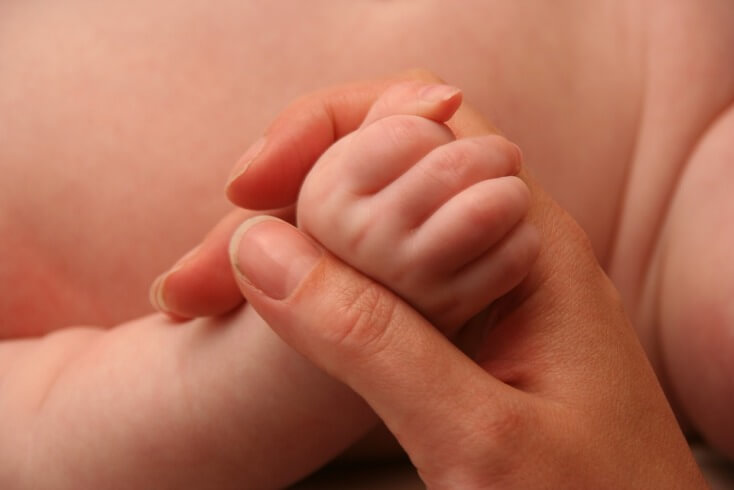 After analyzing the 56 mother’s blood samples who participated in the study, the researchers found that pregnant women who gave birth to girls had a higher antioxidant defense in their body before delivery and, therefore, less oxidative damage in their cells after giving birth.

In the same way, they observed that the anti-inflammatory cytokine sTNF-RII increased in mothers who gave birth to girls before delivery compared to pregnant women who had boys.

The latter had higher levels of interleukin-6 and tnf-α, two types of pro-inflammatory cytokines. This means that women who gave birth to girls were not only better prepared to cope with childbirth, but also showed lower inflammatory indicators and consequently experienced less pain compared to pregnant women who had a boy.

The explanation comes from a previous Australian study in which it was found that mothers who give birth to girls have higher levels of oxytocin, as well as lower labor. Increased production of oxytocin is known to reduce oxidative stress during labor and play a very important anti-inflammatory role.

Being multiparous, another factor that can influence pain thresholds during labor

Most women experience less pain in the second delivery. For the second gestation they also tend to have a shorter and easier labor, as well as a faster recovery.

This was corroborated by a study carried out at the University of Ibadan in Nigeria in collaboration with other universities and the World Health Organization, in which it was found that dilation is usually much slower and more difficult in first-time women compared to women who have already had a previous birth.

To arrive at these results, researchers from several countries analyzed the progression of spontaneous labor in more than 5,000 women who gave birth naturally in Nigeria and Uganda. The results showed that first-timers can take up to 7 hours to dilate from 4 to 5 centimeters and more than 3 hours to progress 5 to 6 centimeters.

In general, the labor of a first-timer usually extends between 8 and 18 hours while that of a fine ranges between 5 and 12 hours, as corroborated by the Clinical Practice Guideline on Care in Normal Childbirth of the Central Publications Service of the Basque government.

Among other reasons, it is because, after having experienced a previous delivery, the vaginal canal is more flexible and offers less resistance to dilation. Likewise, the uterine muscles tend to respond better and, although both the active dilation phase and the expulsion phase are not exempt from stress, they tend to be faster and, therefore, less painful.

However, it is worth noting that each woman is different and that there are pregnant women who find the second birth more difficult than the first. In the same way that women suffer less during the birth of a child than of a girl.