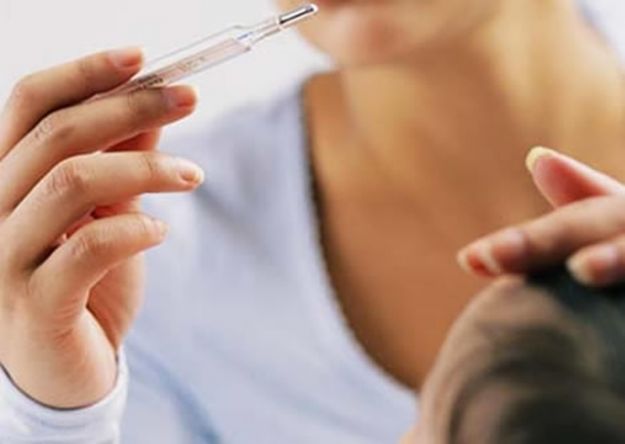 Fever is not a disease itself, but the response of our body against infections caused by viruses or bacteria. Its appearance, however, of concern and some other questions, including how to measure fever, how to control or that drug can take to mitigate it. It is recommended to take at least three times the temperature throughout the day, assuming that the normal body temperature is 36.8 degrees centigrade.

The temperature should be taken several times a day (at least three): one in the morning, once in the afternoon between 16 and 18 hours, and a third for the night, before bedtime. The body areas most suitable for measuring the temperature the doctors speak four: underarm, rectum, mouth and ear.

When the temperature is taken in the underarm, the thermometer should remain in contact with the skin for at least three minutes or until it beeps (in the case of newer models). It is the most common way to take the temperature in adults as it provides very precise values. When the temperature exceeds 38 degrees celsius is considered to have fever.

In the case of smaller babies, it is advisable to take the temperature in the anorectal area. To do this, it is placed below child mouth or on the lap, separating the buttocks and inserting the thermometer, which can be lubricated with petroleum jelly, 1.5 or 2 inches. Allow the thermometer about 2-3 minutes and remove. If it exceeds 38.5 degrees which considered a fever.

Take the temperature in the mouth (oral) also provides reliable values, although somewhat higher than axillary values. It is recommended for children older than 4 years, because they can already hold the thermometer without risk of falling. In this case, the thermometer is placed under the tongue and mouth shut, stays until you hear the beep or for 2-3 minutes. It is considered fever if exceeds 37.8 degrees.

Finally, you can take the temperature in the ear, but it is the least reliable method for several reasons. On one hand, you can not use in cases of infections of the ear, such as otitis, and in addition in the case of children it can give incorrect values, since it is difficult to maintain in a proper position to have smaller ear canals. Yes it is an option to consider for measuring temperature in children while they sleep.

Regardless of the method of measurement, if body temperature exceeds 38 permanently consult your doctor, especially in the case of children, more sensitive to thermal variations.

Fever: Remedies and drugs
Among the remedies to allay fever in adults, we can apply gauze, pads or sponges soaked in water, especially in the neck and forehead. The rest and proper hydration are essential in helping our body to recover.

With respect to drug treatments, the most common are – antipyretic treatment – paracetamol, ibuprofen – anti-inflammatory – and acetylsalicylic acid, i.e., aspirin (heat-resistant and anti-inflammatory; should be avoided in children and adults with gastric pathologies).