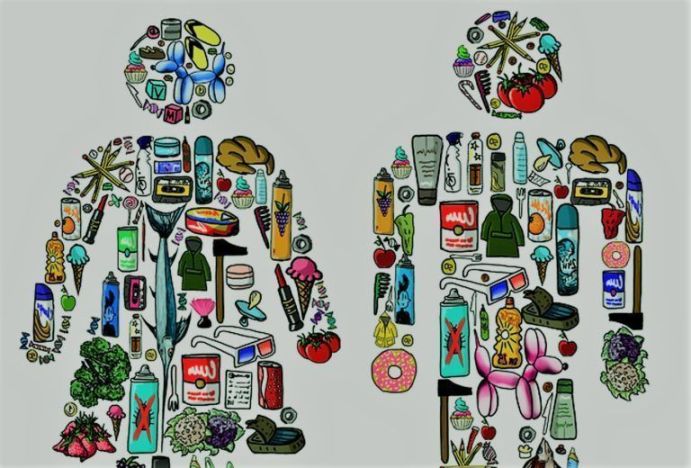 Endocrine disruptor is understood as any chemical substance external to the organism that possesses the hormonal activity and that, once introduced into the organism, simulates, interferes or blocks the production, metabolism or action of the body’s own hormones. This can cause adverse effects on the health of the intact organism or its offspring. That is, having the ability to act as hormonal messengers, generate significant changes in the body, which include: sterility, loss of reproductive capacity, death, deformations in the reproductive organs, decreased immune system responses and tumors.

The term was coined in the 1990s mainly to define a diverse and heterogeneous set of exogenous chemical compounds. In fact, there are many products that contain substances that act as endocrine disruptors, both in personal or environmental cleaning products, pesticides, construction components, packaging, plastics, among others. But these substances can also be found in foods or in their containers.

They are related to an increased risk of obesity, diabetes, non-alcoholic fatty liver, reproductive problems, disorders in neurodevelopment, asthma and, very important now because of its high incidence, also associated with an increased risk of cancer, especially in reproductive organs and in the breasts. Some of these substances can produce epigenetic changes, that is, modifications in the expression of the genes that can be transmitted to the descendants, giving rise to adverse effects in children or grandchildren of exposed individuals.

Knowing a little more about endocrine disruptors, it is necessary to know some of their characteristics roughly:

Endocrine disruptors and their relationship with food

Surely you’ve heard of bisphenol A or BPA, right? Well, that is one of the substances classified as endocrine disruptors and is very related to food. Apart from bisphenol A, there are also other more common ones that will surely sound to you, such as parabens, phthalates, dioxins, furans, volatile organic compounds (VOCs), etc.

How do these substances get into the food?

Well, in the case of BPA and phthalates, they are substances used in the manufacture of plastic materials in contact with food (dishes, bottles, containers, etc.), allowing access through direct contact to food. In the case of parabens, their risk is that they are used as food preservatives against the appearance of molds, so they also come into direct contact with the food. Dioxins are also used to create plastics for food use and, also, to make pesticides, so their route of exposure with food has a wider range.

How to prevent our hormones from being affected by endocrine disruptors?

Therefore, the main measure that we can adopt is to prevent these substances from coming into contact with the food that we are going to eat, but how do we do it? Here are some tips or suggestions: