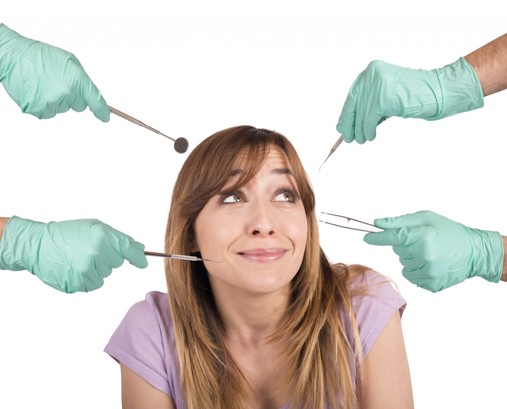 For some people, it’s one of the scariest visits they’ll make all year. For others, the dentist is a medical necessity. In a lot of cases a bout of sedation is required to at least numb the potential pain although few of us know exactly how this happens.

When we do arrive in the practice, we’re given little notice on the type of sedation that will be administered. It often prompts questions surrounding the difference between IV Sedation and General Anesthesia, amongst all sorts of other similar queries.

Suffice to say, we’re going to address some of these questions. We’ll now take a look at all of the main types of sedation that dentists turn to in a bid to allow you to escape any potential pain.

We’ve already touched upon this in the opening to this guide, but IV sedation is proving to be one of the common forms of sedation in dentistry. It’s certainly one of the more efficient approaches around, with the sedative being administered via a vein and therefore taking effect a lot more quickly.

The benefits of this option mean that the patient can still communicate (usually in simple gestures), as they are effectively partially awake. A lot of dentists recommend this approach if a patient fears going to the dentist, suffers from a sensitive gag reflex or if the procedure is quite complicated.

Out of all of the approaches we’ll look at, this is probably the one that most readers are familiar with. As we all know, general anesthesia isn’t just limited to dentistry and is commonly used across a whole host of different treatments.

The popular nature of general anesthesia means that we probably don’t need to go into too much detail about it. You will fall into a state of unconsciousness, meaning that you won’t feel any of the effects of the procedure. Ultimately, it’s one which is used for a lot of advanced forms of dental treatment.

Next on our list is oral sedation, which is probably one of the most flexible solutions around. In some cases, the patient may just take a pill which will make you feel drowsy but awake, while in others it will have a much stronger effect and may cause them to fall asleep.

Ultimately, it’s something that provides the dentist with plenty of flexibility in lots of treatments. Even if a strong dose is administered, it’s quite easy to wake the patient as well.

The final form of sedation we’ll look at is also administered orally. This is one of the simplest for a dentist to provide, for the obvious reason that the patient merely breathes in nitrous oxide before feeling the effects.

The gas isn’t going to send you to sleep, it will just allow you to relax. Again, it’s a form of sedation which is really flexible and a dentist can quickly alternate between doses depending on the procedure.

In contrast to all of the other options we have looked at, patients can drive immediately after receiving nitrous oxide.