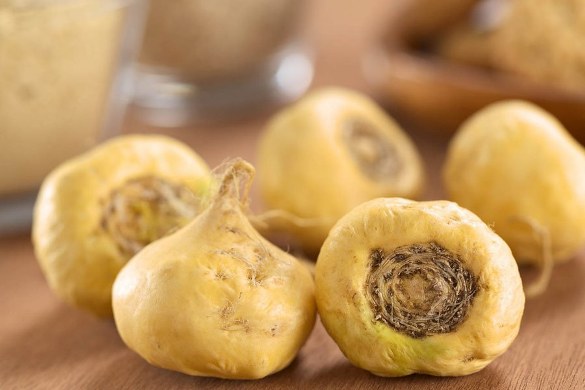 Science finds that maca prevents Alzheimer’s, a neurodegenerative disease that causes loss of memory and memories, among other consequences. Maca, originally from the Peruvian Andes, is a valuable plant for health.

Considered a sacred food by the Incas, today maca is a superfood because of its high content of essential nutrients for the body (vitamins, minerals, amino acids, antioxidants …). An ally of the first order for the health that adds to its properties plus one, and as important as helping to delay the symptoms of diseases like Alzheimer’s.

The research on the benefits of maca for Alzheimer’s is a result of the interest shown investigate the effects of medicinal plants in neurological diseases. This interest led a group of researchers from the Universidad Peruana Cayetano Heredia (UPCH) to travel the country in search of foods that, for generations, have been used as a therapeutic and preventive remedy for diseases. And if there was one that stood above the others was the gurney.

Thus began an exhaustive investigation to verify that maca improves memory and prevents Alzheimer’s, and the results have been published in Toxicology Mechanisms and Methods.

To scientifically confirm the benefits of maca to delay memory loss and learning ability, the researchers divided the laboratory rats into three groups, inoculation of a disease (Alzheimer’s or Parkinson’s) into the first; a set of molecules of maca to the second and, to the third group, both things. During the duration of the trial, neurological, histological and behavioral studies were performed.

After more than thirty tests with different molecular groups, the expected news came: one of the laboratory rats of the group to which the disease was inoculated and the group of maca molecules that were to act as a protective agent did not develop symptoms. A year later the investigators ratified their conclusions. Maca is a neuroprotective that reduces neuronal damage caused by two disorders such as Alzheimer’s and Parkinson’s. The next step is the clinical phase, i.e., to verify the results in humans.