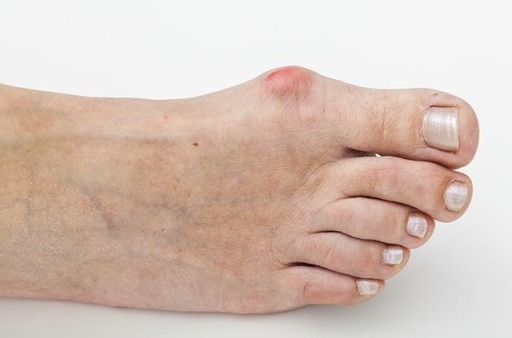 If there is a tremendously common foot condition that affects many people today, bunions are probably one of the most normal and common. What are the causes? Actually they are more varied than you are thought, and although genetic influences in its appearance (for example because there is a defect in the mechanical structure of the foot), our habits are also crucial.

Inadequate use of footwear, which tends to press the fingers on the inside of the shoe, limiting the normal movement of the fingers. In this sense, there exist two footwears that commonly influence the formation of the annoying bunions: on the one hand, high-heeled shoes, and on the other, both flip-flops and sandals. This is why it is very common in women.

Also the habits or our profession influence, especially those involving an excessive strain of the foot.

But obviously we must not also forget the genetics, since bunions also appear in several members of the same family. Of course, we must not confuse ourselves: what is inherited is not the bunion itself, but the foot type that influences that exist deformities in the articulation or in the bone.

What are the symptoms of bunion?

When the bunion appears slowly we begin to feel it’s annoying signs or symptoms. On the one hand, we have the obvious lump that develops on the external base of the big toe of the foot, which easily helps to it’s diagnose.

On the other hand, it is common for this lump to become inflamed and red, and also causes an annoying and uncomfortable pain, which tends to worsen with the movement or simply after standing for a long time.

Over time arthritis in the joint as a result of the incorrect position of the bone, this in turn is the main culprit of pain.

Helpful tips for calming pain caused by a bunion

There are some tips that help when preventing the appearance of a bunion. The most obvious is to always use suitable footwear, which holds the foot well but allows optimal movement of the toes. In this sense, in case of using high heel shoes, sandals or flip-flops, it is best not to wear them for a long time, nor too much.

It is also possible to calm the pain caused by the bunion. The most useful are the following:

Proper footwear: it is not only useful for its prevention, it is also very useful for calming and alleviating the pain caused by the bunion. On this occasion the recommendation is to completely avoid shoes that squeeze the fingers by the tip, using only the shoes with wide tip. High heels, sandals and flip-flops are also not recommended for a long time.

Ice: Applying ice directly on the bunion 2 or 3 times a day is useful for lowering inflammation, and therefore to reduce the pain.

Use protectors and spacers: In pharmacies you can find bunion protectors (like foam pads) that are placed around the bone lump and help to prevent friction and increased pressure. There are also spacers that help separate the fingers from each other, keeping the finger in the proper position.

In addition to the 3 basic tips listed above there are also two equally simple tricks that are very useful. In the first case it consists of a correcting massage of the bunion that helps to improve the deformity of the finger, relaxing the muscle. It basically consists of applying pressure and sliding both thumbs of the hand from the top of the foot to the toes, making up to 10 deep pressures.

In the second case is to maintain a proper posture, for this is necessary to support the foot properly on a plant surface and then take the big toe and separate it from the rest of the fingers, taking it out as long as possible.