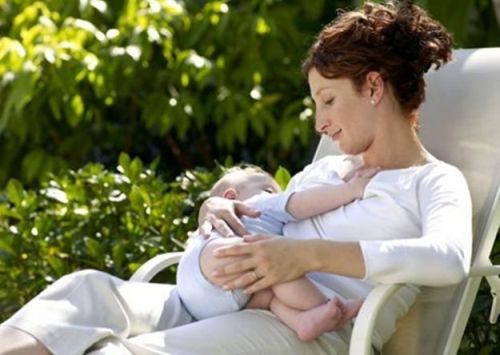 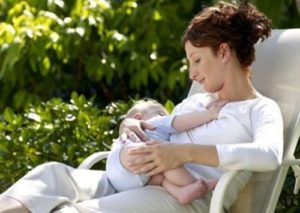 The cracks in the nipple are one of the problems that may occur during breastfeeding, primarily owing to a bad posture of the baby. To adopt the correct posture, it is necessary to place the belly of the baby against yours, and not let it take the only the nipple to avoid hitches.

When he opens the mouth, there brings his head over to your breast for cripple the nipple and the areola part. At the end of breastfeeding, should draw some milk and let it air dry on the nipple. It is important to keep the nipples dry to avoid the cracks and infections, as well as avoid using waterproof protectors. During pregnancy, the nipple and the pigmented area around it (the areola) thicken and prepare for breastfeeding. In the areola there are a few small glands that secrete a lubricating substance that you have to avoid infections in the nipple and areola and extreme dryness and cracking. It is advisable to avoid washing the nipple before or after each feeding with soap, because it favors dry and cracking. Another cause of cracking is due to the confusion of the breast with the nipple, what happens if before having learned and be well established breastfeeding, the child gets used to the pacifier. This may mean that we do not open his mouth or not mame properly. This is one of the reasons we advise against giving the pacifier to the child at birth, because once you become used to be much more difficult to keep his mouth wide open to take the breast.

Chest pain
When the breast is not emptied properly, or when the baby does not drink often may appear inflammation and pain, even to hinder the baby to take. If an internal pain sensation, while hard chest noticed, are advised to apply moist heat to the chest with a bath, shower or hot wet compresses, long enough to stop hurting. This will help you release some milk and reduce congestion, allowing the child to nurse and empty the breast. You can also use a breast pump to empty it.

Before the appearance of pain in the chest it is recommended that you apply heat between three and four times a day. If does not subside within several days, should consult a physician, since when does not go away may be a blockage of the ducts of the mammary gland. This is what is known as mastitis. If it is maintained and is still present, the accumulated milk can be infected by usual germs from the skin.