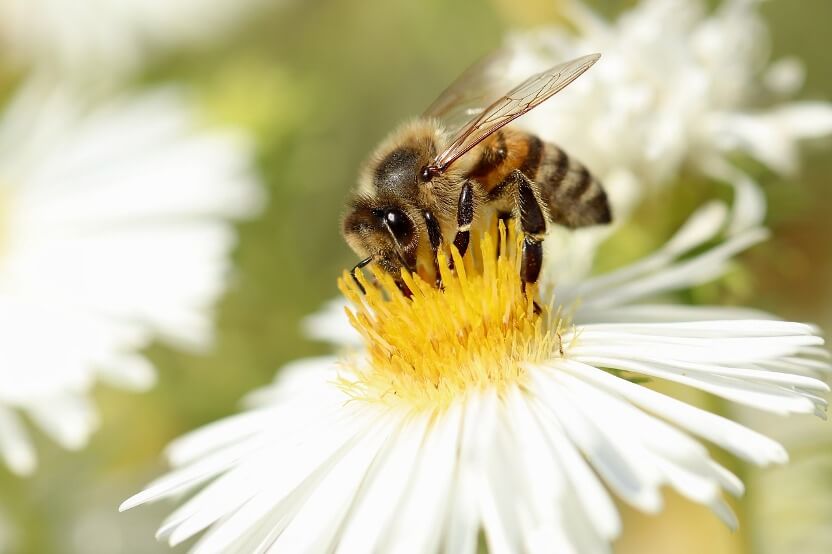 Apitherapy is a natural alternative consists in the therapeutic use of products derived from the hive (Royal Jelly, flower pollen, propolis, honey and beeswax) and inoculation of bee venom, known as Apitoxin, to through its sting. In either case, the ultimate goal is common: to improve the patient’s health, as well as their quality of life, stopping the progression of the symptoms of the disease.

The Apitherapy is an ancient technique. In fact, Hippocrates, the father of Western medicine, was already treating his rheumatism with Apitoxin and the Emperor Charlemagne used bee venom to treat his gout attacks. In 1935 the first steps to modern Apitherapy were taken, coinciding with the publication of the book “Bee Venom Therapy” by Doctor Bodog F. Beck, considered the best Apitherapy written book and where the fundamentals are related of this technique.

This bee stings treatment has been credited with benefits for muscle and joint diseases, autoimmune diseases and depressant diseases of the immune system.

The potential benefits of some of the components found in a hive are:

Benefits of Apitherapy with Apitoxin

The reason why Apitoxin or bee venom is used for the treatment of numerous ailments through its inoculation is due to its extraordinary composition and the benefits it provides.

Among its components, we find Peptide 401, whose anti-inflammatory effect is 100 times greater than hydrocortisone. It also contains Melittin, an oligopeptide that constitutes between 40 and 60% of dry bee venom and that stands out for its antimicrobial and anti-infective activity.

It is responsible for the pain and itchiness of bee venom, as well as stimulating the pituitary to release the hormone ACTH, which stimulates the adrenal glands to produce cortisone. This release of corticosteroids is responsible for a trigger for self-healing reactions. In addition, it contains Apamin and other enzymes such as Hyaluronidase, Phospholipase A2, Adolapine, etc.

The practice of Apitherapy with Apitoxin for the treatment of various diseases or ailments is currently booming in the world, as the number of testimonies that report encouraging improvements and patients looking for alternatives beyond medicine are increasing.

In fact, one of the greatest benefits of Apitherapy through the injection of bee venom is that it responds to the needs of patients for whom traditional medicine has no treatment or the treatment it offers is deficient. On many occasions, Apitherapy is used to prevent the advance of the symptoms of the disease and not so much for its cure, thus increasing the quality of life of the patient.

Contradictions of Apitherapy with Apitoxin

The main contraindication of Apitoxin is the possibility of an allergy to bee venom, which totally prohibits this type of therapy. Before any type of treatment with Apitoxin it is necessary to carry out an allergy test, since generally this is one of the main problems that can arise. If the test is not performed, the patient can suffer anaphylactic shock with serious consequences if it is not controlled quickly.

About 4.2% of people are hypersensitive to Hymenoptera venom, including bee venom, so a single dose could be fatal. Allergic reaction does not always present in the same way in all patients, that is why it is so important to carry out, prior to the application of Apitoxin, a tolerance test consisting of an immunoglobulin test in the laboratory, by processing a sample of blood drawn from the patient. This test is known as specific igE for bee venom.

Later in the consultation, and once the previous examination has been carried out, with a negative result, a new test is performed by applying a minimum dose of bee venom to the forearm. If no reaction occurs then the patient can safely undergo Apitoxin treatment.